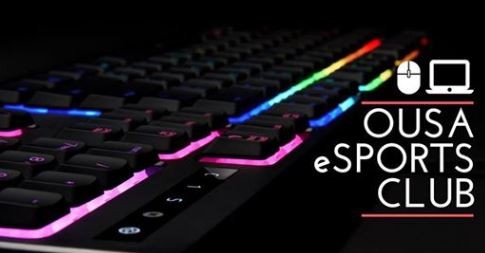 This event is hosted by the OUSA ESports Club, and OUSA affiliated club.

In the Bronze/Silver Division, we will have YouDed verse a team that's yet to be decided.

In the Open Divisi,on we will have Glamazon verse a team that’s also yet to be decided but we will update when we know!

At both events, each team will be present and playing from the front of the theatre, with gameplay up on the projectors and David Sinclair Budge and Jason Kim commentating!

Each event will be a Best-of-Three match that could go to a second round. This is because in a double elimination style tournament, a team must lose two games to be eliminated. So, if the team from the winners bracket loses the first match, they will still have a remaining life and a second round will occur.

Entry will be $2, but you only need to pay once to go to both finals! You can pay earlier to speed up getting in, or flick us $2 at the door, on the day. If you want to pre-purchase your ticket, you can go here: https://goo.gl/forms/wQhKV9DwLEuOEUTU2

To really spice things up Red Bull are providing everyone with drinks, and Riot Games have sent us some swag to give away! In addition to this, we have four $10 RP cards for a some lucky winners!